I'm really scratching for ideas for new posts and don't really like going for days at a time without an update, so here are some modelsheets to tide you over. These are all of "assorted" characters from the Tom & Jerry series, and were stolen from Cartoon Network's D.O.C. website before it folded up (which is why even these have the CN bug). 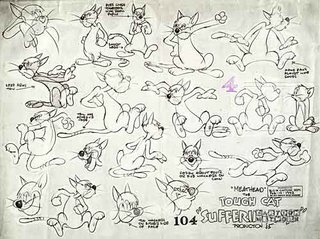 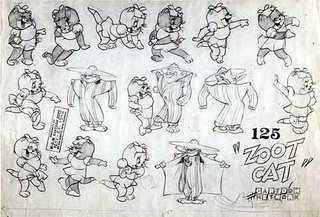 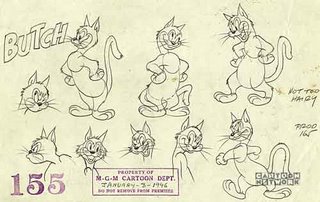 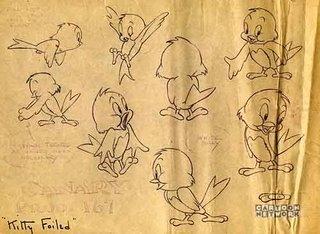 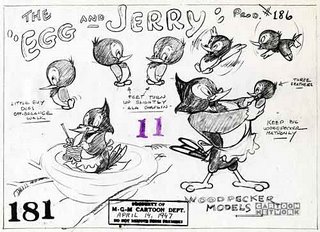 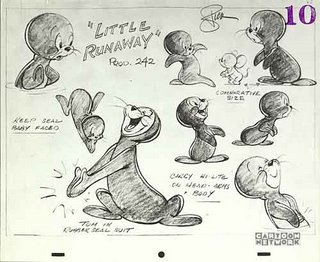 To tie-in, here's a great scene from Zoot Cat... The first half is animated by Ken Muse, and then it does a cut to Irv Spence.